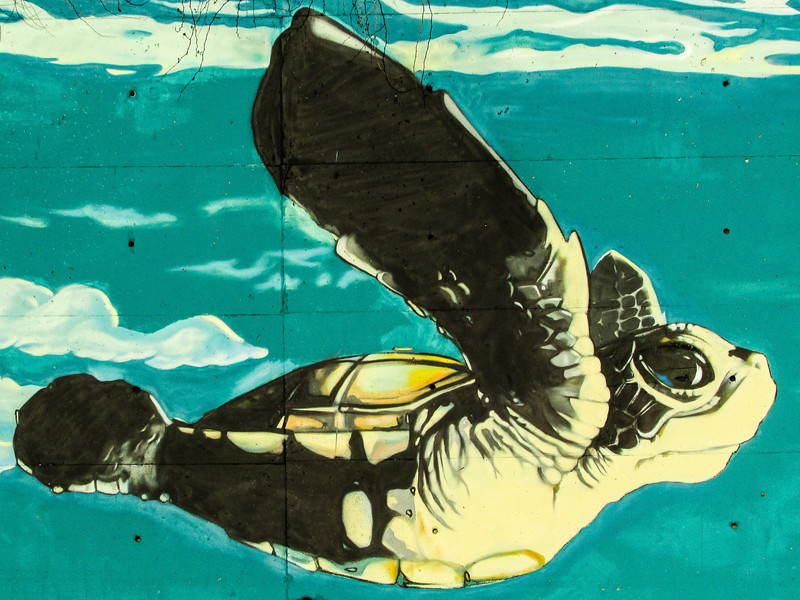 Probably you know about sea turtles since childhood thanks to several manifestations in our culture that have taught you their most typical characteristics, such as their hard shell, that they live in the ocean and are not as aggressive as other marine animals.

However without the proper knowledge about what we see, read or hear, sometimes cartoons, movies, stories and other entertainment content create false myths and beliefs that are difficult to change later, so we grow misinformed.

In general, most people in the world appreciate sea turtles; but while in some corners of the planet they strive to protect them, in other latitudes they are part of the culture and customs that use every piece of their anatomy for different purposes. They have inspired Songs, movies, books, among other creations. Let’s take a look at some examples.

A book called “I’ll follow the Moon” by Stephanie Lisa Lara, with illustrations from Lee Edward Födi is for preschoolers. It is a beautiful story that has a message of preservation and respect for sea turtles. In the vast amount of comments from people who have acquired this work, you can see how satisfied they were by observing that their children would flip the pages over and over again and became their favorite read before bed.

Although it is for the youngest of the house, it also helps parents to learn about the protection of these endangered species and encourage family reading.

“Alex in the Sea” is a cartoon series that teaches preschoolers the diversity of the wildlife that lives on the seabed. Each episode focuses on one species, where the sea turtles are present. The main character, Alex, is a child who in the company of his dog submerges himself in the waters of the ocean and performs fun missions; In the end, a brief explanation is given to the children to learn about the animal in turn.

Another good example was “Searching for Nemo,” an animated film released in 2003 where “Nemo” the main character meet some sea turtles which give him friendly advice. They appear in the movie as sympathetic and organized characters that made the journey of the little clown fish more pleasant.

In the famous Dragon Ball series, Umigame is the sea turtle that moved and accompanied Kame Sen’nin (or Master Roshi) in their duties.

Finally, we cannot forget the “Teenage mutant ninja turtles” that while not sea turtles, they are probably the most famous as the cartoon series was a success and later Hollywood created a couple of high budget films featuring Megan Fox and produced by Michael Bay.

On the other hand, famous people have been activists for the conservation of sea turtles. The Mexican rock group “Maná” is part of the “Black Forest” Foundation, which focuses on the protection of natural resources and the release of environmental education for the entire population. They have been present while returning sea turtles back to the ocean, that had been victims of illegal trafficking, as well as in births where volunteers protect offspring on their way to the sea.

US actress and model Kate Walsh has also taken significant steps to boost awareness about the importance of caring these marine reptiles. Several videos on YouTube, show her experience and the role she had participating in these activities. There are other videos where she is observed swimming with sea turtles.

> The Cayman Islands is one of the few places left in the world where consuming sea turtle meat is legal.

Turning to gastronomy, for the Cayman Islands, green sea turtles are emblematic; so much that on the back of their 10 cents coins, there is an engraving of this species. But paradoxically, they are also consumers of their meat, and they prepare dishes that are considered unique. It is one of the few places in the world where this is legal because when most of the world banned their hunting, the inhabitants and the government of such island, supported the idea to keep their ancestral traditions and built a hatchery to take sea turtles from there and not from their natural habitat.

For Hawaiians, sea turtles are paramount. Legends tell that these reptiles guided the Polynesians to the islands of Hawaii. Also, there is a story where a green sea turtle known as Kailua is said to be able to transform into a girl with the aim of protecting the infants who play on Punalu’u beach.