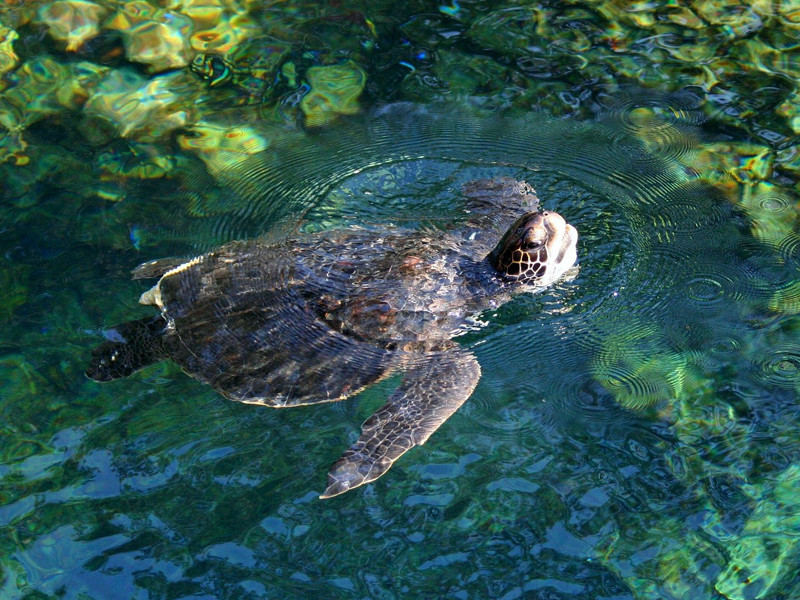 You cannot find a high number of sea turtles in captivity around the world. Those that are conserved are because they suffered injuries caused by fishing nets, were attacked by some predator, received the impact of a boat, or an illness left them handicapped. These sea turtles in captivity, cannot answer the endless questions that scientists still have about the sea turtles in the wild because they have completely different behaviors and their natural development have been somewhat interrupted.

When someone finds a wounded turtle, it receives medical attention and is evaluated to see if it does not have other complications that keep it at risk or internal wounds that could require surgery. The ultimate goal always is returning the turtle to the ocean, once it heals to continue its life cycle. However, if the veterinarians or specialists observe that it is no longer possible or lack the conditions to survive and defend itself in the ocean, a group of people devoted to the preservation of sea turtles, will provide the care it needs for the rest of its life. Captivity is not always synonymous of cruelty; although all animals deserve their freedom, some specimens can survive only with the help they receive from these organizations. Otherwise, they would die if released back into the ocean.

Captivity is not synonymous of cruelty; most individuals are released back into the ocean when the heal.

According to data from the Houston Zoo, they have treated more than 200 sea turtles since 2010, where veterinarians, scientists, universities, and volunteers, all non-profit, were pleased to return them to the sea completely healthy. They work in association with the Galveston Sea Turtle Farm where they take the critical cases that require very specialized care. 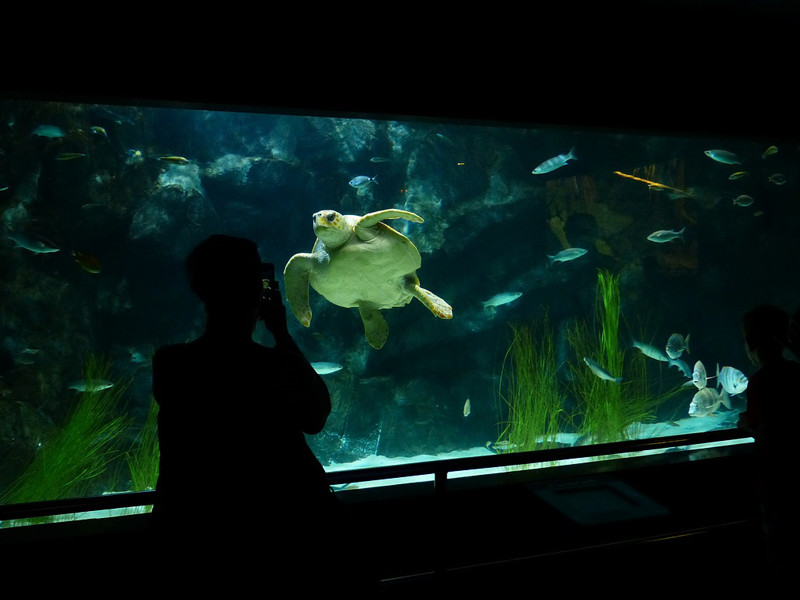 Sea turtle in aquarium.At the Galveston sea turtle farm, they have cured specimens who ate garbage and developed bacterial infections in the lungs and intestines, and others with severe skin infections and multiple tumors, so their recovery can take months or even years. This farm allows entry to the general public for free, and they can observe the healing procedures.

During the tour, the staff conducts educational talks and solves all kinds of doubts. Such action helps society to see sea turtles and marine wildlife in a different way, which propagates when those children and adults communicate everything learned to the people close to them.

Not only scientists, biologists, and veterinarians collaborate in the preservation of sea turtles that live both in captivity and in their natural habitat also people with different education make valuable contributions that make all this progress possible. As an example, groups of graphic designers voluntarily create signs that are placed on the nesting beaches, as well as they, are in charge of designing informative brochures and stationery in general. If it were not for these people who work without receiving a salary in return, the facilities, the equipment required and the diffusion of the information would be reduced, and probably fewer sea turtles could be helped.

Volunteering to help sea turtles will be a valuable experience.

Zoos, research centers, and farms for sea turtles are not easy to maintain and when the strength of natural phenomena cause damage to facilities the financial requirements increase. In 2008, Hurricane Ike caused damage to some walls and ceilings of the Galveston facilities, and although the turtles were, fortunately, safe, they had to repair the damage. It is part of the job to solve the problems, and unexpected things will always happen, but there are huge expenses that require more hands and more monetary contributions.

Several organizations need our hands and our help; Joining this type of activities teaches us to be organized, become helpful and collaborate with others, besides that it gives a lot of learning and valuable experiences.