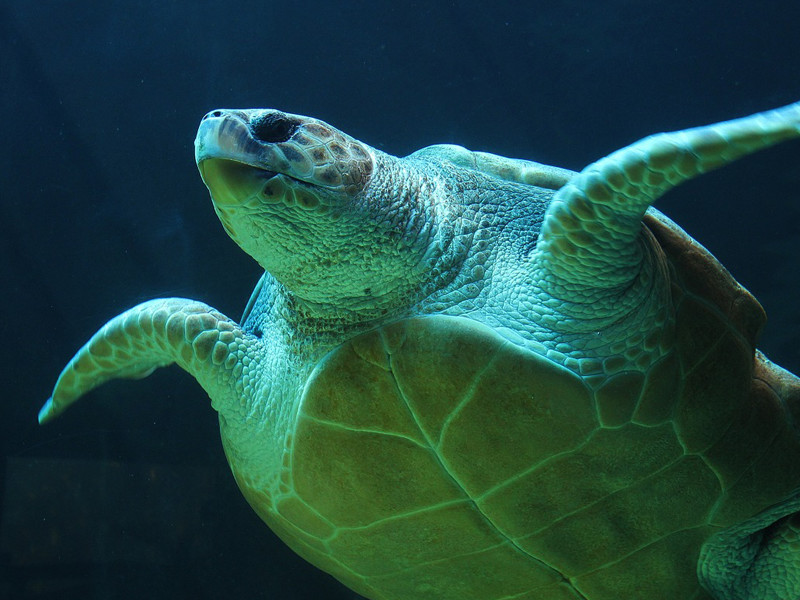 Sea turtles have evolved through several different geological ages of the Earth. Thanks to the experts we know that larger species than those existing today, once inhabited the planet when the continents were not as now, nor the humans were part of the animal kingdom. The turtles were part of that prehistoric fauna, and this makes them incredibly exciting.

There are seven extant species of sea turtles in the world, and two of them are in a critical state of conservation; They are the hawksbill sea turtle (Eretmochelys imbricata) and the Kemp’s Ridley sea turtle (Lepidochelys kempii). This status means that they are in “Extremely high risk of extinction in the wild.”

The green turtle (Chelonia mydas) is endangered, a conservation status which means that they are in “High risk of extinction in the wild.”

The loggerhead turtle (Caretta caretta), The Olive Ridley turtle (Lepidochelys olivacea) and the leatherback turtle (Dermochelys coriacea) are in a vulnerable state of conservation which means “High risk of endangerment in the wild.”

Finally, there is not enough data about the flatback turtle (Natator depressus) populations to classify it in one of the categories, but they could also be close to extinction as well.

All types of sea turtles have a unique anatomy that makes them identifiable, especially by their shell, but for a person who does not have a prior knowledge about them, this information is not helpful. Only an expert could at first glance, affirm which species is a particular sea turtle. 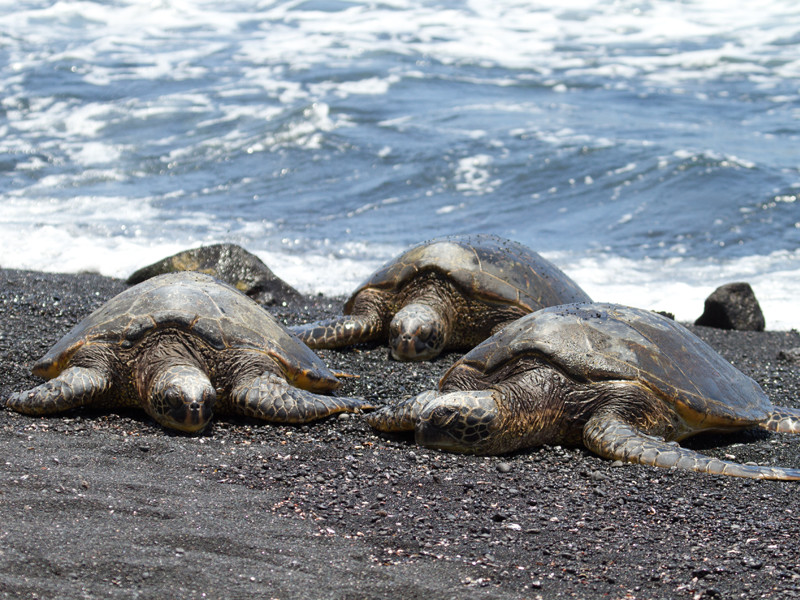 The green sea turtle is perhaps the best known. Its wide distribution helps us to be familiar with its characteristics, but at the same time, we often confuse it with other species. A way of recognizing if a particular sea turtle is a Chelonia mydas is observing the design of its mouth. It is flat and does not have the tip in the form of a beak like hawksbill turtles have.

There are interesting data still under analysis by scientists, as there are many questions to be answered yet, but all seven species have some particular facts.

The green sea turtle can stay underwater for up to five hours; to achieve this, it decreases its heart rate to conserve oxygen.

+ The leatherback sea turtle is the fourth largest reptile in the world, after three species of crocodiles.

The easiest species to recognize is the leatherback turtle (Dermochelys coriacea). First, it is the largest sea turtle; then, it is the only black and has white spots on its skin; Finally, its shell is very different from the others, because it is soft with a leather look and its texture instead of rigid, has a smooth appearance. One of the largest specimens ever recorded was three meters long and weighed more than 900 kilos. That’s why it ranks number four among the world’s largest reptiles.

The loggerhead turtle is one of the most prone to infection by parasites, bacteria, and fungi. Salmonella and Pseudomonas are the most common.

The hawksbill sea turtle is, unfortunately, one of the most valued because of its beautiful shell, used to make handicrafts, ornaments, accessories and many other objects. Some people still do this illegal practice.

Although most sea turtles reach sexual maturity at 30 years old, the Kemp’s Ridley sea turtle does it at the age of 12 and perform great natural exhibitions where females reach the coasts together in significant numbers in a phenomenon called “arribadas.”

The Olive Ridley sea turtle (Lepidochelys olivacea) has an extensive distribution, and over 40 beaches around the world are homes of a vast number of nests, but only in some of them, the breeding mothers arrive in “arribadas” to the beaches.

Finally, the flatback sea turtle is distinguished precisely by the motif which bears his name. Its shell lacks the protuberances and marks that the other species do have, making it look flat and of a uniform color.

We know sea turtles as silent and lonely, but when they feel danger, they will try to bite the aggressor. There have been cases where scuba divers excited by their encounter, do not maintain a safe distance, so they feel an invasion of their space, reason why the unforgettable experience sometimes concludes with extremely painful bites due to the potent force that their jaws have.