The life of sea turtles is in danger even before they are born. When a mother arrives at the beach to spawn her dozens or hundreds of eggs, terrestrial predators await the opportune moment to dig in the sand, pick the eggs up and eat them. If the offsprings manage to develop until they leave the nest, during their journey through the sand from the nest to the sea, they become victims of multiple species of birds, reptiles, and mammals.

Finally, those who manage to reach the sea do not guarantee their survival either, because the marine fauna is very varied and almost any species could represent a mortal danger to them while still young. Unfortunately, because of all these risks, only about 10% of the offspring manage to reach the adult stage.

After a while, as they grow and get a bigger size, their physical characteristics become more resistant and robust, and it is more difficult for predators to attack them although large sharks, some mammals, and crocodiles are also a threat to them at any stage of their life.

Approximately 10% of the offspring manage to reach adulthood.

Predators that attack the eggs are different in every region. Among the most common are: dogs, raccoons, ants, crabs, various kinds of seabirds, rats, snakes, dingoes, jackals, lizards and foxes.

Once they are born, small turtles are victims of seabirds, large fish, and even other turtles. Like if all this was not enough, in some regions, saltwater crocodiles come to the beach to eat large females that are spawning.

The man introduced some of the species mentioned above to new habitats that were not part of their environment initially and therefore did not represented a risk to sea turtles before. 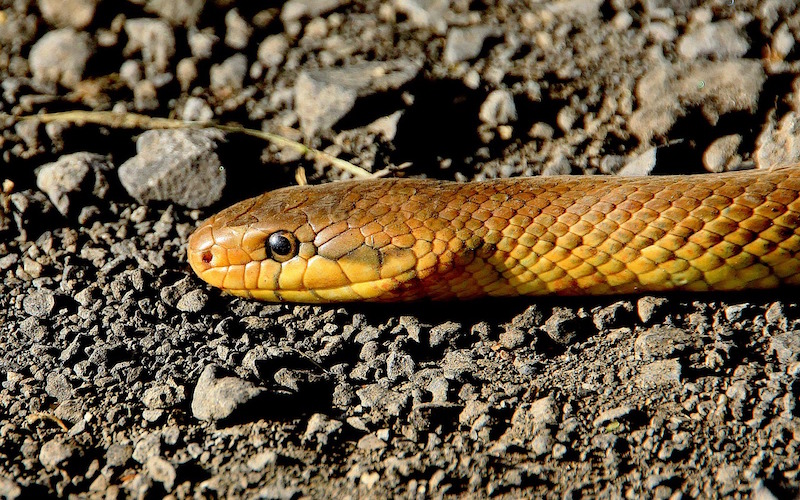 Newborns, young, and even adults are at risk of being attacked by any of the following large predators: killer whales, sharks, especially tiger shark, and other large fish types.

Fibropapillomatosis is a type of herpes virus that exclusively affects sea turtles in the form of benign tumors. The life cycle of this virus is unknown but is believed to come from sea leeches or snails. You can watch some photographs online about turtles with these external tumors that do not affect their daily life as long as they are small. However, in some specimens they grow massive, reducing their visibility, their capacity to swim and even obstructing their mouth, which leads to blindness, incapacity to move or death from starvation. Likewise, they may increase susceptibility to infections or secondary parasitism. In the most severe cases, these tumors grow in internal organs causing their death.

This virus appears in any species of sea turtle. However, there is more incidence reported in green sea turtles (Chelonia mydas). To date, there is no evidence that fibropapillomatosis is transmissible to humans.

Fibropapillomatosis can lead to blindness, inability to swim or feed, leading to death.

Incredibly even for these times, the worst predator that sea turtles face is the man, which causes their mortality through a diversity of forms.

Each year, hundreds of sea turtles are caught by huge trawling nets incidentally, and although released when found, most of them are already dead or severely injured, which causes the attraction of predators.

The consumption of sea turtle meat is common in many places, although their capture was eventually banned, some people illegally still continues to hunt sea turtles for consumption.

The theft of eggs on the beaches is a practice severely punished today, but unfortunately, it continues to be carried out in areas where there is no strict law enforcement. Many people rely on the trade of turtle eggs and other illegal products. In some regions of the world, people think that turtle eggs are an aphrodisiac meal, although this has been proved totally wrong by researchers, who affirm that there is no increase or improvement in the desire and sexual performance of a person when consuming them.

Likewise, some bars and restaurants in coastal areas sell sea turtle eggs as snacks or as part of a dish.

We can also see devastating images where these traders transit with large bags full of eggs while the turtle females are still on the beach laying its eggs; while they return to the sea after concluding the spawning process, unscrupulous people fill hundreds of sacks with the eggs of these marine reptiles that will never be born.

The only way to end this illegal trade of eggs, flesh, and shell of sea turtles is the same as always, stop consuming them. Avoid buying anything made of their shell and spread the world about it.