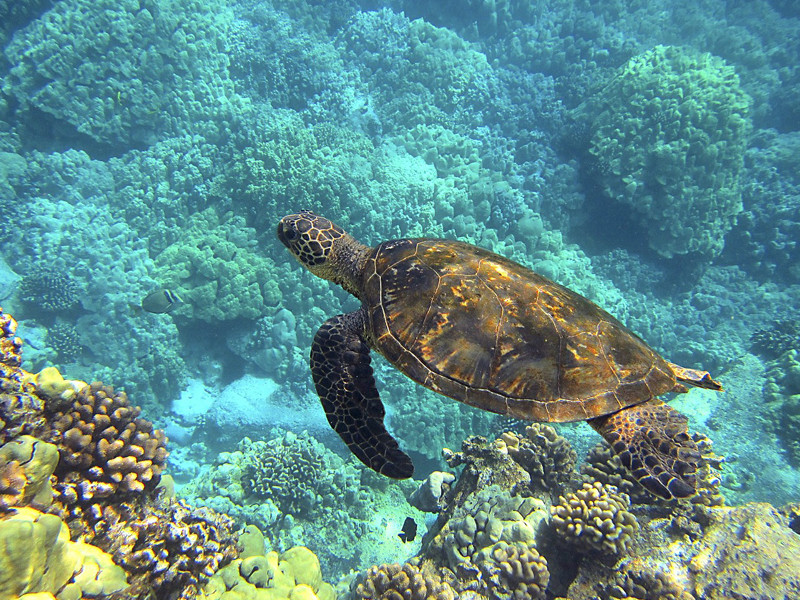 Sea turtles inhabit tropical and subtropical waters around the world, but in the case of the leatherback turtle, it reaches the cold waters of Alaska and the European Arctic occasionally.

Although some species have a wide distribution, an example of a limited distribution is the Flatback sea turtle (Natator depressus) which only dwells on the continental shelf of Australia, including Papua New Guinea and Indonesia. Also, the Kemp’s Ridley sea turtle (Lepidochelys kempii) inhabits only part of the American continent.

The main regions of the world with the presence of sea turtles, separated by species, are below. 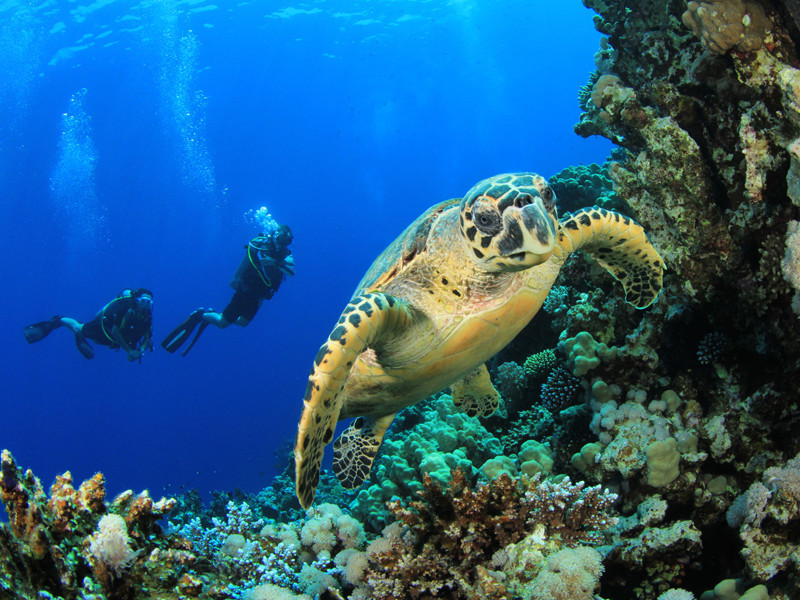 Hawksbill Turtle and Scuba Divers in the Red Sea.

Kemp’s Ridley sea turtle (Lepidochelys kempii) – the Gulf of Mexico, South of the United States and some specimens in Morocco and the Mediterranean Sea.

Leatherback sea turtle (Dermochelys coriacea) – It has an extensive distribution around the world. The Gulf of Alaska, Argentina, South Africa, California (USA), Tasmania and India are just some of the places where it lives.

The adults stay in shallow water and near the coasts, but sometimes they enter the open sea. They live peacefully with other living creatures of the marine fauna, and some stay close to the coral reefs or rocky areas. 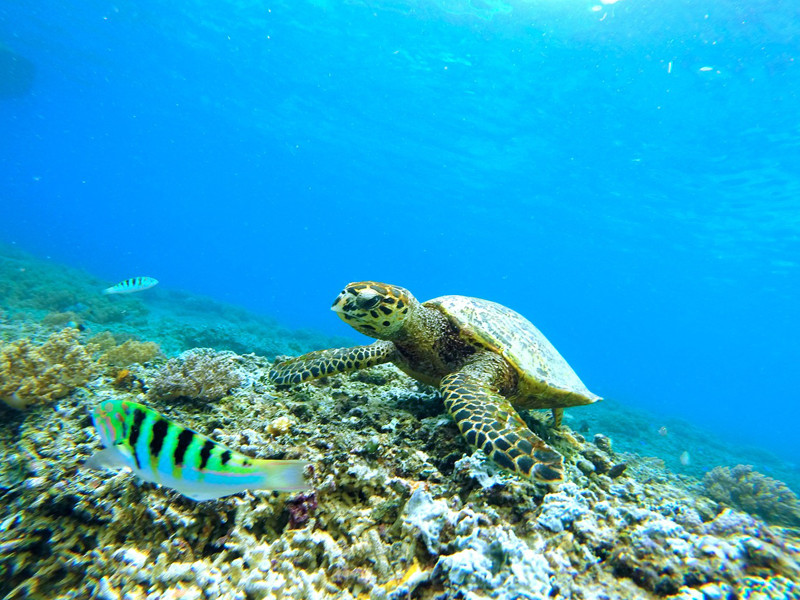 Beaches are paramount for these reptiles since the females come to the shore to deposit their eggs into the nests.

Estuaries, brackish areas where water from the ocean mixes with fresh water from the rivers, mangroves, and seagrass with tall vegetation are also part of their habitat. The high diversity of aquatic plants and wildlife complement the environment of the turtles that live there.

The coral reefs, which add color and beauty to the seabed, also provide habitat for more than 530 marine organisms, including sea turtles.

Sea turtles migrate for two reasons, searching for food or reproduction. Trips are hundreds but sometimes thousands of miles long, depending on the species and the success of their quest.

The Leatherback sea turtle (Dermochelys coriacea) is the species with the longest migrations, traveling around 6,000 km each year. It crosses the Pacific Ocean from Asia to the west coast of the United States to get more food.

The leatherback sea turtle performs the longest migration, traveling around 6,000 km every year.

The Kemp’s Ridley sea turtle (Lepidochelys kempii) cover two main routes within the region of the Gulf of Mexico: one to the north, towards the Mississippi area, and the other to the south of Mexico reaching the Yucatan Peninsula, in the Bank of Campeche.

In the case of hawksbill sea turtles, they have various migratory patterns. Some specimens show long migrations during breeding seasons, others travel short distances, and some do not migrate at all.

The Olive Ridley sea turtles travel along the eastern Pacific Ocean and the Indian Ocean, while for the Loggerhead sea turtles (Caretta caretta) there is not known how many miles they travel, but are thought to be thousands.