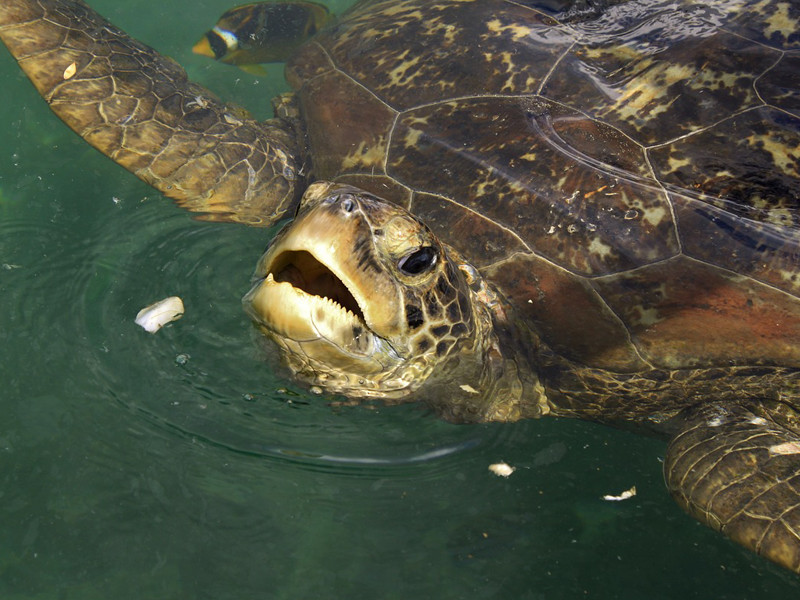 What do Sea Turtles Eat?

Feeding varies according to the species and the age of the turtle. They can be omnivorous, herbivorous or carnivorous and this is also related to the shape of the mouth which has a form adapted to the kind of food they consume.

In the case of the green turtle, their diet is carnivorous since they are born until they reach the juvenile stage, but it becomes herbivorous when they reach adulthood.

Sea turtles have an incredible defense mechanism which makes them completely immune to jellyfish venom.

The mouth of sea turtles has a shape similar to a beak, and it is rigid, stiff and with a serrated edge, capable of pulling off marine plants and crushing small animals with hard shells like crabs and snails or piercing jellyfish.

They have long, sharp papillae inside their mouth and in the esophagus so that soft, slippery prey like fish and jellyfish can not escape.

Young sea turtles of some species feed on large quantities of jellyfish. Several types of these organisms have high levels of venom that is deadly to most animals of the marine fauna, but chelonians have an incredible defense mechanism that makes them completely immune to jellyfish venom. 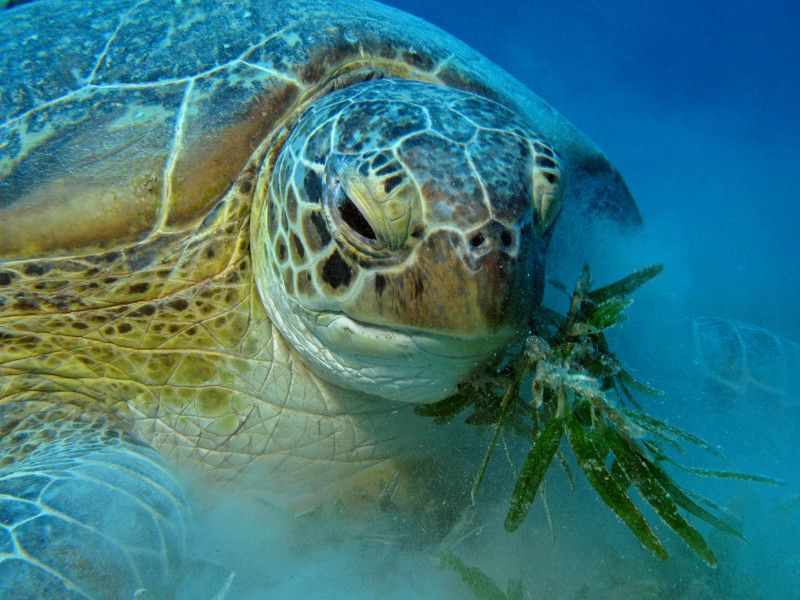 The following are the main foods of sea turtles according to their species.

Plastic bags represent a significant threat to sea turtles because when filled with water, they look like a jellyfish, their primary food.

Sea turtle feeding has a vital ecological role since it regulates populations of certain species that reproduce massively and can represent a risk for the marine fauna. The green sea turtle, for example, helps to keep controlled the volume of algae in the sea. The leatherback turtles as previously mentioned, constrain the population of sea wasps, and other species maintain a control of sponges.

Unfortunately, marine pollution has led to the reduction of sea turtle populations, leaving many of them on the brink of extinction. Plastic objects have been found in the stomachs of these reptiles because they are often confused with prey. Plastic bags pose the greatest danger because when filled with water, they simulate a jellyfish, their primary food. That is why it is important to protect the beaches and avoid disposing garbage into the ocean; We could save many animal lives by just taking our waste home or throwing it in the proper containers.