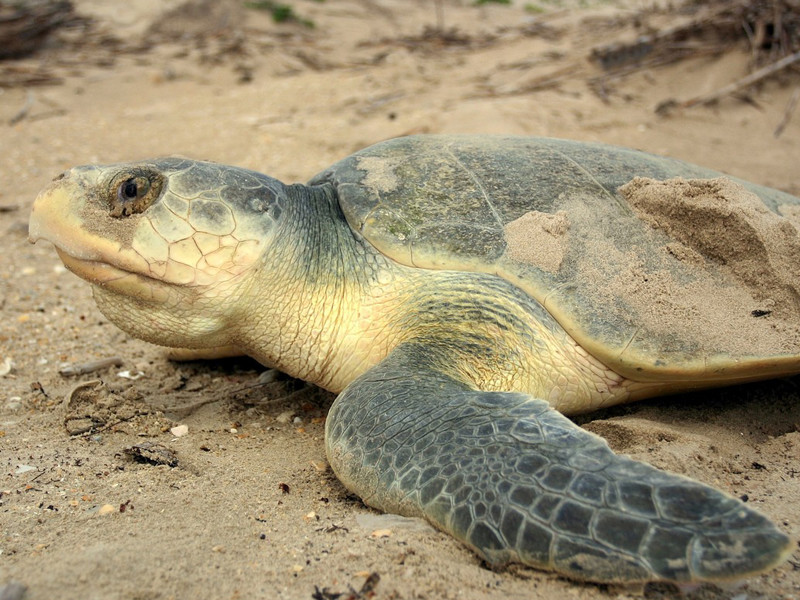 Sea turtles have unique anatomic features that provide them with everything necessary to satisfy all their feeding, reproductive and social needs. Besides, their body design and the hard shell make them a difficult prey for some marine predators.

Sea turtles feature a diversity of colors in their shell including olive green, brown, yellow, orange, and black. The shells are either oval or heart shaped and are very hard, except the leatherback species, which has a soft leathery tissue and a set of bony plates beneath it.

The plastron or ventral part of the shell is the lower area of the turtle, and it has a light yellow color and a thinner and more sensitive tissue.

Sea turtles lack external ears, but they have the ability to listen.

The dorsal part of the shell is the carapace in the top of the turtle and has the colors mentioned above. This section is made up of smaller plates called scutes. 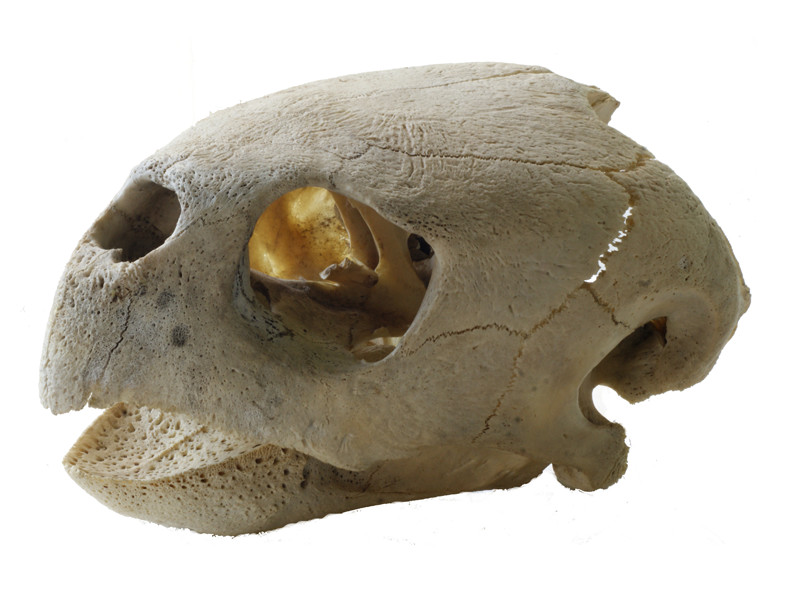 The species Chelonia mydas (green sea turtle) does not have that color (green) on its carapace but in its body fat, which gave it this colloquial name.

All the species that belong to the family Cheloniidae lack teeth but their mouth is powerful. They also lack external ears but can listen.

Sea turtle front flippers are very long and sturdy and serve to take momentum, while the rear ones have the function of a rudder and direct their way. The front flippers have one or two long claws that are easily visible.

Unlike terrestrial turtles, the marine chelonians do not introduce their head or limbs into the shell and do not move smoothly on land. To protect their eyes, they have big upper eyelids, and do not cry as many people think; they just expel the excess of sea salt through a gland located in the orbit of their eyes, being this the reason why they are confused with tears.

Genders are not easy to distinguish at plain sight until they reach maturity. The most visible way to do it is through the tail; males have it longer and thicker because their reproductive organ is at the base of this.

The lengths and weights of sea turtles vary according to the species. 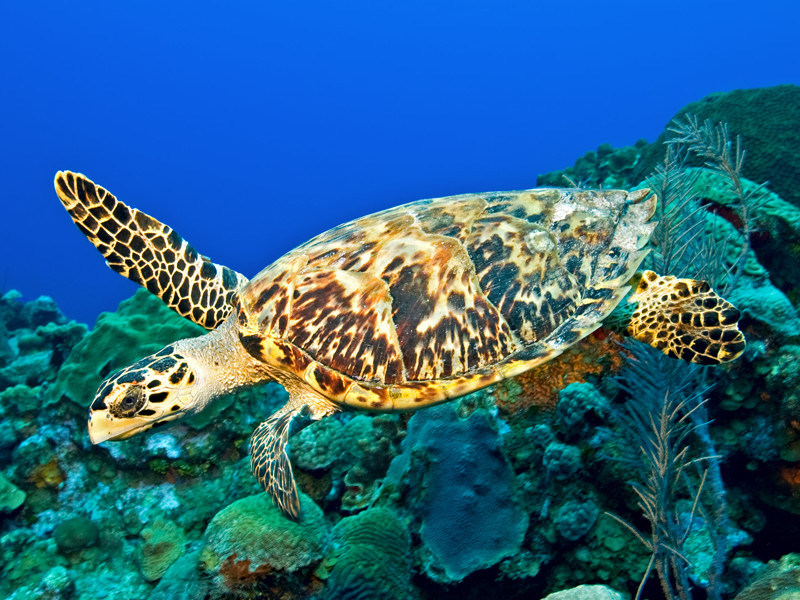 Sea turtles have sensitive areas in the softest parts of their flippers and the shell. Unlike most could think, they can feel through the rigid structure of their shell.

There is another belief that certain colors such as violet and blue-green attract them primarily, but the characteristics of their sense of sight are still under research. They see perfectly well under water but once surfacing this capability is significantly reduced.

Although they lack external ears, they have a bone located in the middle ear that carries the sound to the inner ear. Sea turtles react to marine vibrations and low-frequency sounds.

Regarding the sense of smell, they have it very sharp under the water and can recognize their food.

+ The green sea turtle can slow down its heart rate to the extent of making a heartbeat every nine minutes.

The green sea turtle can slow down its heart rate to the extent of making a heartbeat every nine minutes.

Sea turtles can swim at speeds ranging from 1.5 to 2.5 km/h. The largest species, the leatherback has reached up to 9.3 km/h.

As they are reptiles and have cold blood, they have a slow metabolism that allows them to stay submerged for extended periods of time. They surface to breathe every 20 minutes, although if they are in a relaxed state, they can do it after more time. For example, the hawksbill turtle can wait up 45 minutes and the green up to five hours in exceptional cases recorded in this species, which also slows down its heart rate up to nine minutes per heartbeat.

Although only females leave the sea to enter sandy beaches and lay their eggs, in exceptional cases, some males have been observed very close to the shore in isolated beaches, where the Water is shallow, and the sun covers most of their body.

On land, sea turtles are very vulnerable to predator attacks since their physical characteristics do not allow them to flee as fast as needed to avoid the attack.

Sea turtles are reptiles fully adapted to aquatic life. Their large size and physical characteristics make them less vulnerable to marine predators, but on the other hand, these same characteristics put them in significant disadvantage against the most ruthless predator they have ever face in its long evolution, men.