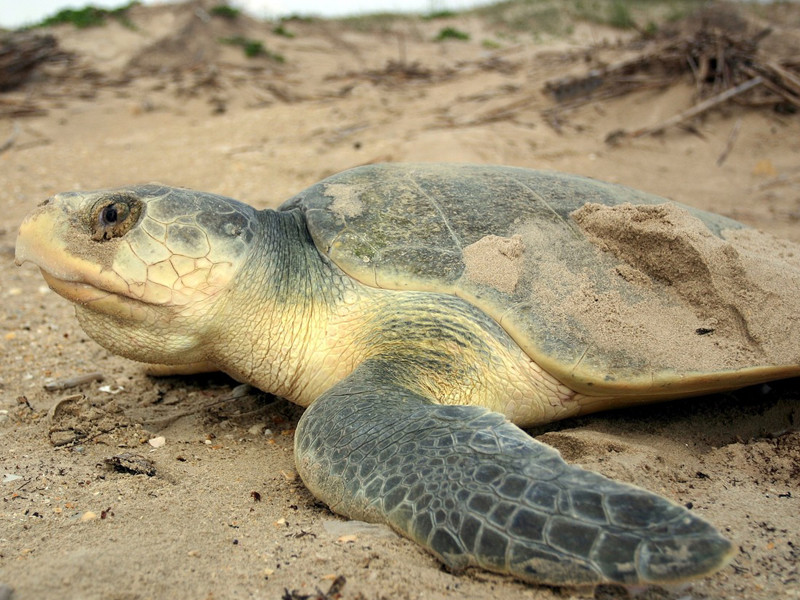 It has a shell with five pairs of plates on the sides that are gray, greenish and black colors with a pale yellow plastron. The front flippers have a visible claw while the rear flippers have one or two of them.

It is the smallest sea turtle. Adults have a length between 60 to 90 cm and weigh in average 45 kilos, and the offsprings weigh only 14 grams.

Males are larger and have thicker tails than females because in that area they have the reproductive organs, but this is only visible when they reach sexual maturity.

This species changes their color with age. Hatchlings are dark blue almost purple but when they mature, their carapace changes to green-yellow or green-gray.

There is no complete study of the form of communication of the Kemp’s ridley sea turtle, but some believe that they perform slight vocalizations and are identified by sight and physical contact. 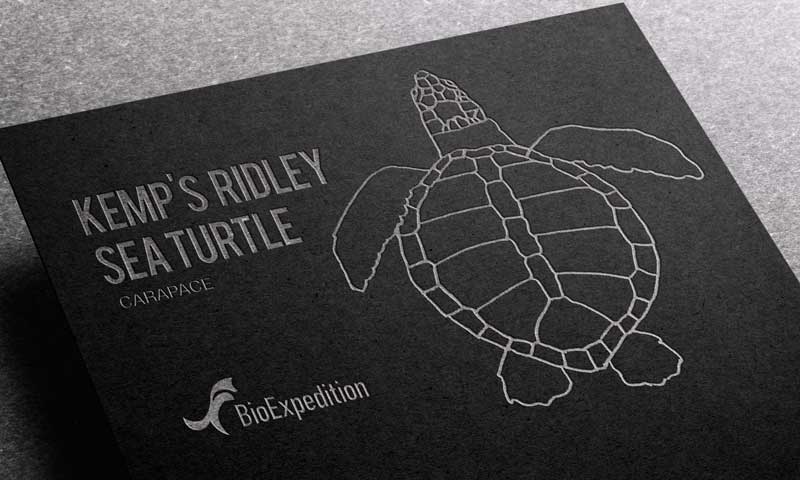 It is the smallest sea turtle species with a maximum measure of 90 cm in length.

The distribution range of the Kemp’s ridley sea turtle historically was from Newfoundland, Canada to Venezuela in the western Atlantic Ocean, with greater concentration in the Caribbean, Gulf of Mexico and the Atlantic coast of the United States. Now, NOAA only considers a distribution range from Nova Scotia in Canada, to the north of the Yucatan Peninsula in Mexico, including all the Gulf of Mexico but excluding most of the Caribbean islands except some of the Bahamas.

Although not part of its natural distribution, sometimes there are reports of sightings of Kemp’s ridley sea turtles in the waters of Morocco, Africa, and the Mediterranean Sea.

This turtle inhabits waters of bays and lagoons that maintain shallow depth. It dwells in areas with sand in the seabed and near the coasts, but mostly live in waters close to the high sea.

Some males migrate for reproductive and feeding purposes, although others stay in their area and find a breeding partner without having to travel.

Adult females migrate hundreds or thousands of kilometers to reach the nesting beaches in Tamaulipas, Mexico, a place in the western Gulf of Mexico south of Texas, on the Padre Island and all the Gulf Coast.

They have two migration routes: one is heading north to the Gulf coast, and the other is toward the shores of the southern Gulf of Mexico reaching up to the north of the Yucatecan Peninsula.

Young Kemp ridley sea turtles live and use as a resting platform for a few years while they grow, the drifting seaweed in the ocean. 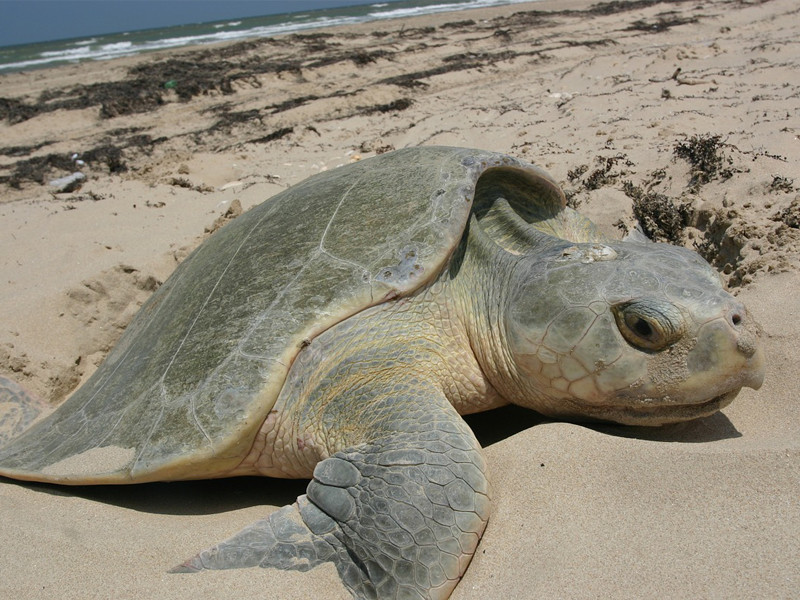 They feed on jellyfish, mollusks, fish, shrimp, sea urchins, clams, and crabs, but occasionally they also include algae and seaweed. The mouth of this species is adamant and designed for crushing hard shell animals or ripping plants from the seabed.

As mentioned earlier, the preferred nesting site is Tamaulipas, Mexico specifically the beaches of Rancho Nuevo, Tepehuajes, and Barra del Tordo where up to 95% of the nesting of Kemp’s Ridley sea turtle occurs, according to information provided by NOAA fisheries.

These turtles reach sexual maturity at 12 years of age. The females arrive at the beaches massively, a process which is known as “arribadas” when the turtles leave the sea at the same time to search for a safe area in which lay their eggs. They nest every two years and build three nests where they lay about 90 eggs. Finally, the hatchlings break the shell after 45 days and have to take care of themselves because there is not any maternal care.

There are only around 1,000 breeding females today, a very alarming number.

There are around 1,000 breeding females left in the wild today, a distressing amount.

The natural predators of the Kemp’s Ridley sea turtles are coyotes raccoons, crabs, and seabirds that feed on the offsprings when they try to reach the ocean for the first time.

Unfortunately, it is a species classified as critically endangered on the Red List of the International Union for the Conservation of Nature (IUCN) due to the loss of habitat, illegal trade of eggs and meat for human consumption, climate change and bycatch with fishing nets.

Bycatch is one of the causes that produces the highest mortality rate; Trawling nets trap them incidentally, and when returned to the sea, they are severely injured or almost dying. The shrimp industry is probably the one that has the largest death toll, although they keep working with the governments of U.S. and Mexico to adopt new fishing equipment that dramatically reduces such mortality.

Choking by eating garbage left by irresponsible people is another serious problem. Bags and plastic objects are confused with jellyfish by the turtles, and these materials are often found in the stomachs of dead sea turtles.

As if all before was not enough, this species has been severely affected by several oil spills in the Gulf of Mexico, as the currents and the closed shape of the Gulf take the oil to most of their nesting beaches.