The flatback sea turtle has this unusual name for its particular oval shell that lacks ridges and protuberances, making it look flat, smooth and slightly curved down. It is also called Australian flatback because it is native to the north coast of this country.

The carapace of this turtle is grayish-green or olive green like the flippers, but the rest of the body is between yellow and light green. The plastron area (the underside part of the turtle) looks pale yellow as all the species of sea turtles.

Flatback sea turtles are recognized by a pair of prefrontal scales on the front of their head and four side scutes on each side of their shell.

It bears that name for its oval shell that lacks edges and protuberances. Recognizing flatback sea turtles is easy noticing the smooth carapace, five central scutes and four side scutes on it.

Adults weigh up to 90 kilos and are one meter long. The hatchlings weigh only 43 grams. The carapace of an adult is approximately 0.90 meters long, and they are fast swimmers reaching up to 29 km/h.

They are distributed exclusively on Australian coasts, making this species the one with the smallest geographical range of distribution of all species of sea turtles. They nest on beaches of the north of Australia, southern Indonesia, and Papua New Guinea. They stay in waters less than 60 meters deep; very seldom enter the waters of the high sea or venture far than the continental shelf.

The primary nesting sites are from northeast to northwest Australia through Queensland, in the Northern Territory of Australia; But the most important breeding place is on the Crab Island.

Zones close to the Great Barrier Reef are also part of its distribution area as well, where there are abundant food and an environment full of animal life. However, they like soft sea bottoms with sand or plants and they do not inhabit coral reefs.

The carapace of the flatback sea turtle is thinner than those of other species, and it can get easily hurt by hard surfaces. That is why they stay away from rocks and rocky seabed.

This species is not migratory, and they do not follow any known traveling patterns.

The diet of the flatback sea turtle is varied and omnivorous.

Their preys are species found in shallow waters and includes mollusks, jellyfish, shrimp, squid, white corals, sea cucumbers, as well as seagrass. However, they are not avid consumers of vegetals and just eat them occasionally. 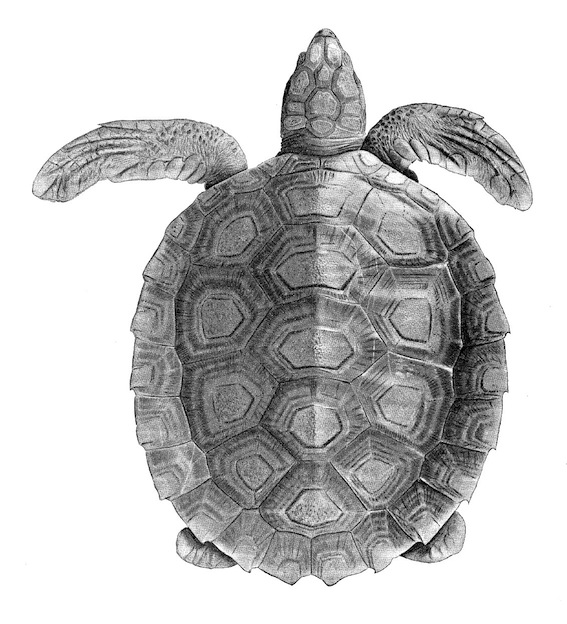 Flatback sea turtles lay about 50 eggs per nest, a low number when compared to the other species that deliver between 100 to 200 eggs. However, the eggs of this turtle are larger than those of the other species. They have a diameter of approximately 2 inches.

The hatchlings are also slightly larger than those of the other sea turtles, and they are born about 55 days after the mother spawned the eggs in the nest.

Some females nest up to four times per season with an interval between 13 to 18 days. They breed during any time of the year, but this activity increases during the months of June, July and August.

Like all sea turtles, the nest temperature will determine the gender of the hatchlings. If the nest stays below 29° C, the hatchlings will be males, but if the heat exceeds that limit, females will be born. Once they break and leave the shell, they instinctively go to the sea and remain in shallow waters of the continental shelf. However, this turtle does not show a “Frenzy period” as some of the other species.

The main nesting sites are in several locations scattered across Queensland, the Northern Territory, and Western Australia.

The natural predators of adults are killer whales (Orcinus orca) and some species of Sharks.

On land, they have several natural enemies that eat the eggs or attack the hatchlings as foxes, dogs, birds, lizards and if they were not enough dangers, even saltwater crocodiles, the largest reptile in the world, has been observed attacking females that arrive at the beaches to nest.

Sometimes diseases such as fibropapillomatosis, an illness that cause the development of external benign tumors, affect the anatomical functionality of these sea turtles. Although this condition is associated to green sea turtles (Chelonia mydas), some scientist have confirmed its presence in all species of sea turtles.

The tumors produced by this disorder are not deadly, but sometimes they grow large enough to make their movements difficult, or in extreme cases, deprive them of sight when tumors grow close to their eyes, which ends up incapacitating the turtle to hunt or reproduce and bringing it a slow death by starvation.

This illness which has greater incidence in the green, loggerhead and olive ridley sea turtles, also affect the flatback sea turtle and is the result of the infection produced by a kind of herpes virus. Scientists are not sure about the vector that transmit this virus, but some think that could be leeches or snails. 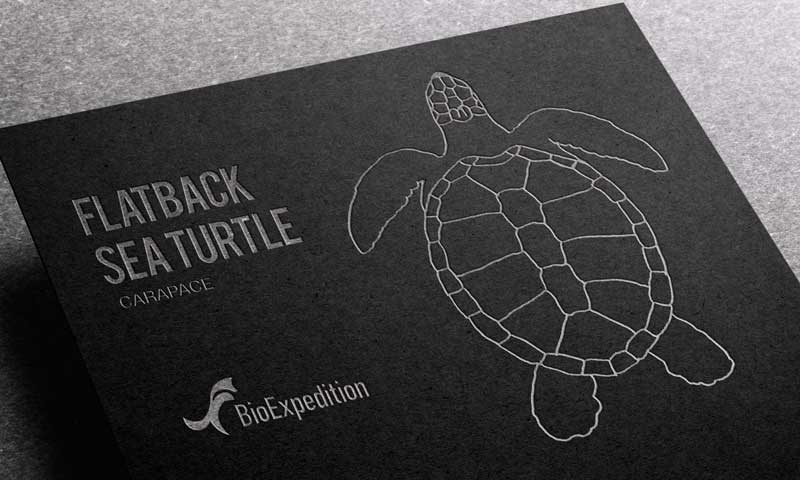 Loss and degradation of their habitat, illegal traffic of eggs, direct capture for meat consumption, bycatch, climate change and ocean pollution are some of the greatest threats derived from human activities.

The flatback sea turtle is perhaps one of the least threatened of all sea turtles by bycatch due to its preference to stay in shallow waters, which gives it a promissory future as the concern of the Australian government and the conservation plans it has, provides them with a slightly better hope than other species. However, they also have to face all other threats and dangers mentioned above.

Another common risk of these turtles is ingesting plastic debris that they find drifting in the ocean and has great similarity with jellyfishes, a common prey of this species.

> Population: Estimations presume that there are about 10,000 breeding females.

This species has a conservation status of “Data Deficient” in the Red List of the International Union for the Conservation of Nature (IUCN). This classification means that there is not enough information to assess their status, but it does not means that this species is out of danger.

Around the world, there are several programs created for the conservation of sea turtles. Some of their activities include observing their migration patterns and protecting the nesting sites, as well as monitoring beaches that house thousands or even millions of eggs as well as promoting smart and sustainable fishing. Cleaning beaches are also important to avoid them ingesting toxic materials or garbage that choke them.

The is no accurate data available on its population trend. However, estimations consider that there are about 10,000 breeding females.